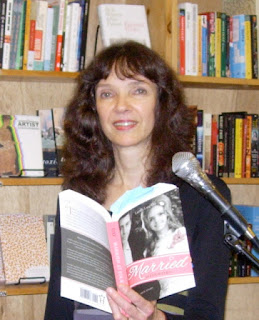 Lucille Lang Day is the author of five poetry collections, three poetry chapbooks, a children’s book, Chain Letter, and a memoir, Married at Fourteen: A True Story. Her poetry and prose have appeared widely in such magazines and anthologies as Atlanta Review, The Hudson Review, The Threepenny Review, and Mother Songs (Norton). She received her M.F.A. in creative writing at San Francisco State University and her Ph.D. in science and mathematics education at the University of California at Berkeley. The founder and director of a small press, Scarlet Tanager Books (http://www.scarlettanager.com), she also served for seventeen years as the director of the Hall of Health, an interactive museum in Berkeley. She lives in Oakland, CA, with her husband, writer Richard M. Levine. Her website is http://lucillelangday.com.


Tell us about your relationship to your art.
My writing is interwoven with all aspects of my life. It helps me to process experience, see things more clearly, celebrate the things that go right, and gain perspective on the ones that don’t. My life gives me things to write about.

What's a project (yours or another's) that has been exciting you lately?
My memoir, Married at Fourteen: A True Story was published in October 2012, and since then I have been engaged in the exciting, challenging, exhausting process of getting out word about it through readings, interviews, and guest blogs. I am also working on a new poetry collection and a short story collection. Many of the poems deal with family and ancestors, and, collectively, they raise questions about how the past affects our lives today. The major themes of the stories are identity and loss of emotional control.

Tell us a little of your motherhood journey.
My first daughter, Liana, was born when I was 15. I married her father at 14, divorced him at 16, married him again at 17, and left him for good at 18, because he didn’t want me to go back to school. I was then a single mother until I was 26, when I married again and gave birth to another daughter, Tamarind. Her father and I separated when she was nine, and I became a single mother again until she grew up (I didn’t marry again until Tamarind was 28 and I was 54). Now Liana and Tamarind each have two children. My grandchildren are ages 2, 6, 7, and 9. My latest challenge as a mother is to provide moral support, babysitting, and rides home from chemo to Liana, who is now 49 years old and was recently diagnosed with lymphoma. 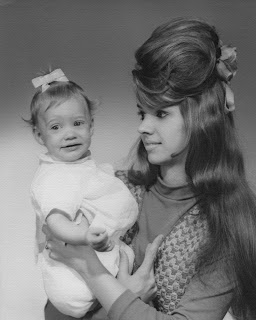 What are some crucial elements of your process?  How has that changed since having children? Since I became a mother so early, my process developed in the context of raising children. I started writing poetry in college, usually at night after Liana went to bed and often staying up until 2:00 a.m. or so. I continued to be a night writer after Tamarind was born. As my children got older and less dependent on me, I started writing during the daytime on weekends and found that I was more alert and productive in the daytime than at night. However, I was always going to school (I earned three master’s degrees and a Ph.D.) and/or working, so there weren’t very many mornings when I could just get up and write.

What are some of the ways your family and your art interact?
My husband and my daughters read my work and come to my readings. My husband also gives me feedback, because he is writer too. I think I write my way to a better understanding of family dynamics. I definitely understand and appreciate my own mother more because of writing about her.

Do you find your attitude towards your art might be different because of your parenting / has it changed since you became a parent?
From the get go, I never felt that I had to write every day, that I needed a studio where I could get away by myself, or that writing had to be my only job. All of these things were well out of reach for me not only as single mother but even when I was married, so I learned to write when and where I could. For many years, I wrote at the kitchen table. Now I have a spare bedroom that I use as an office. I didn’t have the luxury of becoming a “full-time” writer until I was 62.


Are your children ever subjects in your art?
The word “using” makes writing about one’s children sound like exploitation. I would prefer to say that I  “include” my children in my art. I have written about my daughters both in poetry and prose, and the poetry has never been a problem. I have always done it, and neither of my daughters has ever complained about it. On the contrary, when Tamarind was in high school, one of her teachers showed me an essay of hers that expressed disappointment that I was not writing much poetry then, because it seemed to her that I was losing touch with myself. Prose is a different matter. It is more revealing and comes across as more authoritative, as opposed to personal, than poetry, so I showed my memoir to Liana and Tamarind before publishing it. Liana neither liked nor agreed with everything I had written, and I therefore made changes because I wanted her to feel good about the book.

How does travel figure into your art?  Do/did your children come along?  How has that worked out?
I sometimes take notes when I’m traveling and use them to write poems when I come home. In general, while traveling, I am so concerned with train and bus schedules, seeing museums and landscapes, finding work to buy from local artisans, and deciding where to have my next meal that I cannot settle down and focus on writing.

When my children were small, I took them camping and to Disneyland. Now, every year we try to have a family vacation where we rent a house big enough for 10 people (me, my husband, daughters, sons-in-law, and grandchildren). We’ve gone to Cape Cod, Hawaii, Sea Ranch, and twice to Carmel. Do I write during these trips? Are you kidding? 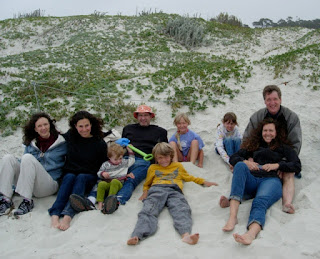 What about promoting the arts with your own children--any fun projects to share?
I always encouraged my daughters in the arts as well as the sciences. I worked in the fields of science writing and science education for more than 30 years and coauthored a book called How to Encourage Girls in Math and Science, so I did as many science projects as art projects with my kids, maybe more.  Nevertheless, Tamarind did a lot of painting in high school and her first two years of college, although she ultimately she earned an M.B.A. and became an accountant. Liana majored in dramatic art in college, with the goal of becoming an actor, but she switched to psychology for graduate school and is now a marriage and family therapist.

After publishing my children’s book, Chain Letter, which tells about the humorous adventures of an imaginary chain letter, I found that having children write and illustrate their own wacky chain letters is great fun. The letters can visit exotic places and pass through the hands of celebrities and historical characters, and the children can then look up these places and people to learn more about them. The activity helps to debunk superstition, because it becomes clear to the children that a chain letter is just something that someone makes up.

How do you escape?
I go into my office and shut the door. Because my children are grown, the only person I need to escape from these days is my husband.

What advice do you have for expectant mothers in your field?
Enjoy every stage of your children’s lives. Each one is a gift, including the terrible twos and the terrible teens, and all of the stages pass too quickly. Don’t feel guilty writing about your children, and don’t feel obligated to write about them, either. Follow your muse, write when you can, make notes when you can’t, and hang onto the belief that it will all come together someday.