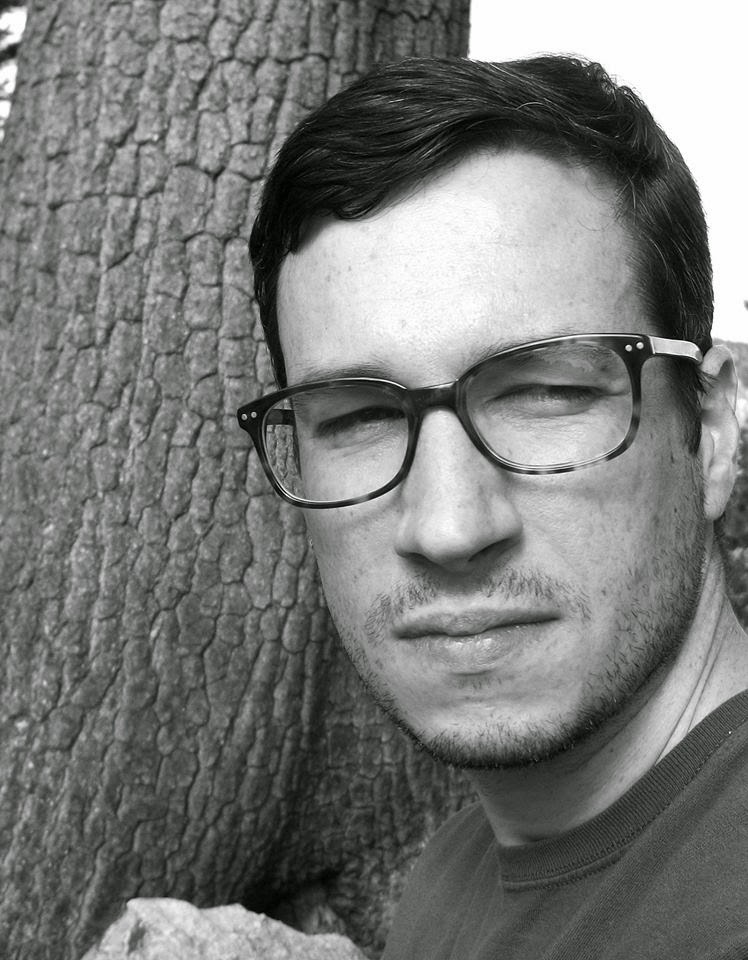 Kevin O’Rourke is a writer and editor living in Philadelphia. He studied visual arts at Kenyon College and creative writing at the University of Minnesota. His work has been published in Seneca Review, Word For / Word, and Midway Journal, to name a few. He is also editor of The Hairsplitter.

This is a very complicated question, so I’ll give you a brief history: I started out a visual artist, and only began to move fully toward writing once I was an adult. As a kid I spent an inordinate amount of time drawing & painting & making art of one kind or another, so it was only natural that I ended up an art major (focused on video and video installation) as an undergraduate. For years I assumed I would be, or at least would attempt to be, a working visual artist. I also nearly went to grad school for visual art.

Then I moved to New York and began working for an art book publishing company and found that making art, particularly gear-heavy art like video, outside of the academy’s support was difficult, so I found myself writing more and more. Which was something I’d always done—I got to study under Saskia Hamilton at Kenyon!—but prior to that rough, soul-searching time in New York had thought of writing as a secondary interest.

So long story short, I now make my living writing and editing, and in what little spare time I find at night after my son goes to bed, work on my own stuff and edit a journal of reviews and essays.


What's a project that has been exciting you lately?

The Hairsplitter, which is the aforementioned journal of reviews and essays. Yes, it’s been a lot of work, but it’s great fun to work with so many great, exciting writers.


Tell us a little of your fatherhood journey.

I wouldn’t call it a journey so much as a drawn-out process of stumbling forward. We didn’t really plan to have a son, but we did, and he’s a joy. I will say I don’t miss the very early days, when I was terrified all of the time & felt like I didn’t know how to do a thing.

I’ve always written sporadically and in intense bursts, and having a kid has only made that more the case. Finding the time to sit down and really edit work or work on putting together a manuscript has been difficult. As has even submitting work, which we all know can take ages!

Well, they don’t, not really. I certainly write about my family, but much of my work is abstract or at least approaches things from an angle (so to speak), so my writing is rarely “about” my family. As in, I rarely sit down to write a piece about a specific person or topic (such as a sonnet). I prefer to nibble at the edges of things. I’m also terribly self-concerned and narcissistic.

Yes and no. I do find myself wondering what my son might think of my work were he to read it in the future.

No, and for no particular reason. Though vague “children” have worked their way in, but I think of the things I write about—inner, crazy head space type things, and abstract meandering thoughts on art, etc.—and my son as inhabiting different spaces. But this is not to say that I won’t someday write about him. In fact, I’m sure I will, much to his chagrin.


Aside from the obvious need of more time, what has been one of the most difficult obstacles you’ve had in regards to parenting and your art?

Switching modes of living: switching from being very much in the world & concerned with diapers and day care and watching him try to walk and then trying to write and be quiet and calm and wow, where did the day go again I’m exhausted?


In turn, what are some of the saving graces?

Children are a joy, even if they fill us with dread much of the time. Having a shouting little pug of joy in my life has, on the whole, been rather nice. But give me a few years.

Whiskey? Seriously though: exercise (I ride my bike to work through often bananas urban traffic, and that’s a rush) and reading pulpy fiction at night before bed. I am rereading the whole George R. R. Martin saga, because I find reading books like that akin to dunking my head in ice cold water on a hot day. 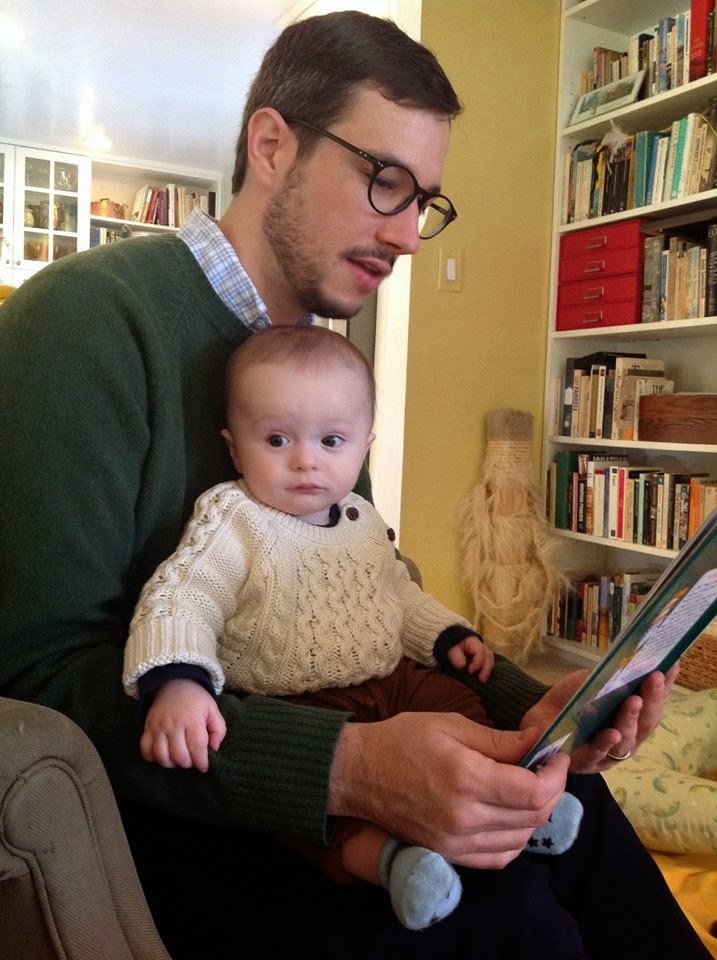 photo credit:  Ellen Hurst
What advice do you have for expectant fathers in your field?

When in doubt, stick to Dr. Seuss. There’s a reason his books are so well-loved, though you too might hate Fox in Socks after reading it several hundred times. Also that having kids makes you a fully realized, fully formed adult person (as in you now get all your parents’ concerns) and if one really wants to be a writer one should endeavor to accrue as all-encompassing a view of one’s world as possible.
Posted by Molly at 5:26 PM