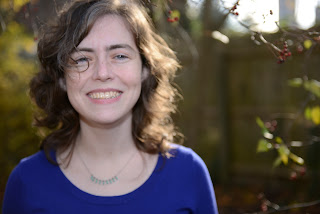 Sarah Blake is the author of Mr. West, an unauthorized lyric biography of Kanye West, out with Wesleyan University Press. Named After Death is the title of her chapbook, forthcoming from Banango Editions. Her poems have appeared, or will soon, in The Kenyon Review, The Los Angeles Review of Books, The Threepenny Review, and many others. She was awarded an NEA Literature Fellowship for poetry in 2013. She is Editor at Saturnalia Books and co-founder of Submittrs. She lives outside of Philadelphia with her husband and son.


What's a project (yours or another's) that has been exciting you lately?


Tell us a little of your motherhood journey.


I became a mother when I was 26. It was very planned, and I got pregnant quickly. Nine months was a long time to wait. And we did wait. My son was late and got stuck and I had a c-section. My birth experience wasn’t a great one, but we were all healthy so I don’t like to talk about it too much. I love my son. We’re very happy as a family of three.


I’ve discovered that nothing is crucial. No matter what, I will write. I thought I needed quiet, maybe only the-middle-of-the-night quiet. I thought I needed sleep. I thought I needed my computer. Then, a year after having my son, I wrote poems solely on my iPhone for more than six months. I’m not sure I could’ve written my first book during these first years as a parent, but I also know that I couldn’t have written my new longer poems before being a parent. And I have a different sort of belief in myself as a writer because I’m still writing these few years later with no discernible process.


All the ways! I write about my son constantly. I write when my son is at school, or when he is asleep, or when I have asked my husband to give me some time to myself. My family and my writing are constantly doing this very physical dance around each other, negotiating space and time, and that’s also pretty clear in the figurative space of the poems.


Yes. I’ve written poems directly about my son, poems where he only appears for a moment, poems that I think of as “for him” (like one that tells a weird story about an animal), and poems that are indirectly inspired by him (like a speaker that I know is driven by having lost a child, since that was my main fear the first year of being a mother). I don’t name him, and I usually don’t describe him, but he’s there, “my son,” “my boy.”


Aside from the obvious need of more time, what has been one of the most difficult obstacles you’ve had in regards to parenting and your art?


I treat my desire to write about my son like an obstacle. How do I write past him? Beyond him? Still include him, but, also, beyond. How do I make the poem exist outside the home as well? That’s very important to me, to not get trapped in my interior, ours, or the general interiority of poetry. I’m not sure I’ve succeeded yet, or at least I haven’t succeeded often.


In turn, what are some of the saving graces?


And the presence of my son leads to pretty constant inspiration. Just the other day, we were walking to a little fair that sets up down the street for two weeks every summer. The sun had set and the rides were all lit up, and he said, “It’s like they’re calling the sun to come back.” Yup.


Just another room is good enough for me. Sometimes I don’t even need that. I’m pretty good at focusing on the laptop. But there was a year or so, where I needed to go to a local café for an evening once a week. That was really helpful.


What advice do you have for expectant mothers in your field?


If you feel like you are drifting away, if it bothers you, start a project that keeps you tied to the work or to the community. I started my tumblr (npmdaily.tumblr.com) when I wasn’t writing much but I wanted to feel connected to everyone who was writing. It felt like throwing out a line that might conduct the energy back to me and through anyone who was reading.